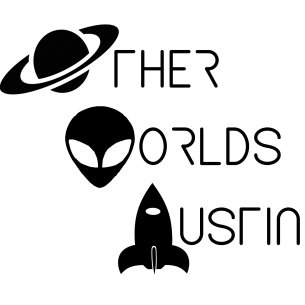 Other Worlds Austin is a genre film group focusing on sci-fi that hosts movie premieres throughout the year. I briefly mentioned Other Worlds Austin in my Strange Kids Club interview with the director of LISTENING. Founded by former Austin Film Festival worker, Bears Fonte in 2014, Other Worlds Austin has hosted several World, U.S, and Texas Premieres. Within the past year I’ve attended their showings of Call Girl of Cthulu, The Midnight Swim, Listening, and Uncanny. Other Worlds Austin (OWA) does a great job scouting for new, talented filmmakers and helping them to share their work with the scifi community. One of their 2014 festival films, Timelapse, is actually now available on Netflix.

Other Worlds Austin just wrapped their second annual sci-fi film festival earlier this December. It may be too late to participate this year, but you can attend or even submit your film to them next year! Purchasing a festival badge got you access to all the films and into the free sponsored 2015: A Brunch Odyssey, where you suck down mimosas and eat breakfast with the film makers, actors, and event organizers.

Opening night’s feature BOY 7 (Dir. by Ozgur Yildirim), was a German dystopian film based on a Dutch book.  It starts with a boy waking up in the subway with no memory, a killer headache, and the police chasing him.  I can’t really go into it too much without giving it away, but I’ve heard it compared to Run Lola Run. 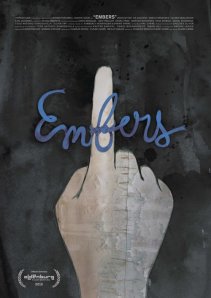 This year at the OWA Film Festival they awarded the “The Mary Shelley Award ” to Carrie Carre, the director/writer of Embers. During the Q & A we found out Carrie Carre really did her homework for her film about a viral outbreak that causes severe memory loss to Earth’s entire population. She did research on case studies about short-term and long-term memory loss and the parts of the brain associated with each. This post-apocalyptic film posits that taking away someone’s memories leaves them with their essence or true nature. It also touches on other side-effects, such as not being able to experience guilt due to not being able to remember what you did. 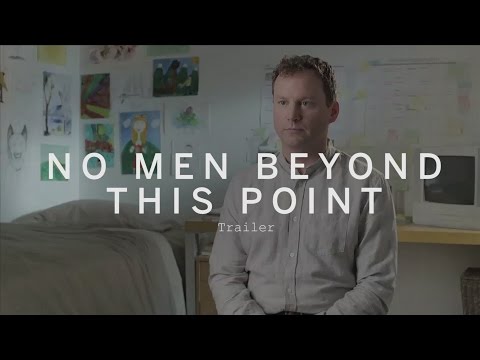 No Men Beyond This Point screenshot.

One of my favorite films that ran this year was Mark Sawers’ No Men Beyond this Point, a mockumentary alternative history satire. Honestly, this is probably one of my favorite mockumentaries right now. It explores what would happen if women suddenly were capable of reproducing asexually (only more girls) and men became obsolete, and were even in danger of becoming extinct. While the film begins with a fair amount of exposition and history for this alternative reality, it’s really about Andrew Myers, who at age 37 is the youngest man alive on Earth.

T.I.M. (The Incredible Machine) was one of the more heart-wrenching films that premiered this year at the festival. I already have a serious soft spot for self-aware robots, so T.I.M. was no exception. This moving film was introduced by the staff by asking us to think about our favorite toy as a child, and applying those feelings towards 11-year old Tibor’s rationale and fervent need to repair and save his best metal buddy. This movie was emotional and beautifully shot.

I’ve been getting a little burned out on zombie movies (blasphemy, I know!), however Night of the Living Deb helped to rekindle that love! This rom-zom-com made me laugh out loud, and Maria Thayer’s character Deb couldn’t help but remind me of Kimmy Schmidt with her red hair, great smile, awkward nature, and 90s fashion sense. She really made the film, because without her it would of just been another zombie movie.
These were only a few of the films that played this year. Here is the complete 2015 festival line-up. And here was their line-up from the 2014 festival.

There were Q & A’s with the directors and actors from the films, Other Worlds Austin swag (t-shirts, posters, hats, etc.), and a photo booth with props and a different green screen back drop for each day of the festival. The 2015 Other Worlds Austin Film Festival was amazing! There was laughter, tears, robots, zombies, vampires, aliens, viral outbreaks, astronauts, explosions, and space kittens. I highly recommend this festival and it’s only going to get bigger. So start making plans to check out Other Worlds Austin 2016! I know I am.